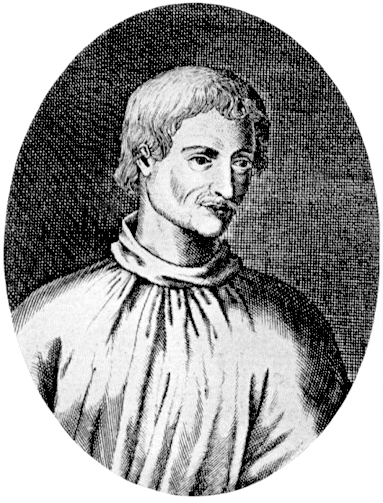 During his lifetime, he managed to be excommunicated by the Catholics, Calvinists and Lutherans for his unorthodox ideas. In 1600 e.v., He was burned at the stake by the Inquisition of Rome on charges of blasphemy and heresy. He is widely considered to be a martyr for early scienctific views regarding cosmology; particularly the ideas of heliocentrism and the infinity of the universe.

On Feb 17, 2000 e.v., without formal announcement, the Frater Superior added Bruno to the list of E.G.C. Saints, in commemoration of the 400th anniversary of Bruno’s martyrdom. Bruno’s name is placed between those of Robertus de Fluctibus and Johannes Dee, and is not italicized.

Couliano, Ioan, Eros and Magic in the Renaissance. Chicago: University of Chicago Press, 1987.