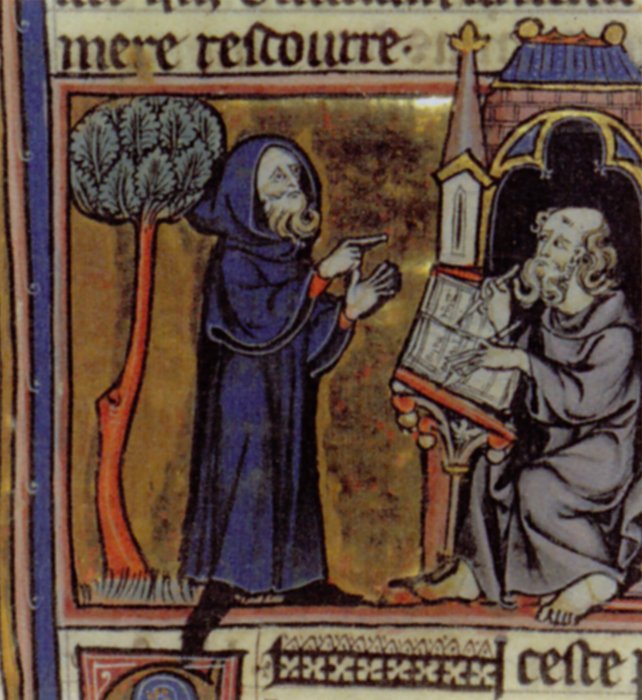 Semi-legendary British magician, prophet, and mentor of King Arthur and the Lady of the Lake. He probably represents the fusion of several historical and mythological figures. According to legend, Merlin was the son of a mortal maiden and the Devil. A variant spelling of Merlin is Melin, hence Abra-Melin (Crowley’s speculation). Merlin was responsible for Uther Pendragon’s decision to establish the Round Table, and Merlin devised the test of the Sword in the Stone for determining the true heir to the British throne. He fell victim to the wiles of the Lady of the Lake, Vivian or Niniane, who, using magic he had taught her, imprisoned him forever in a cave, or as some say, in an enchanted thorn bush.