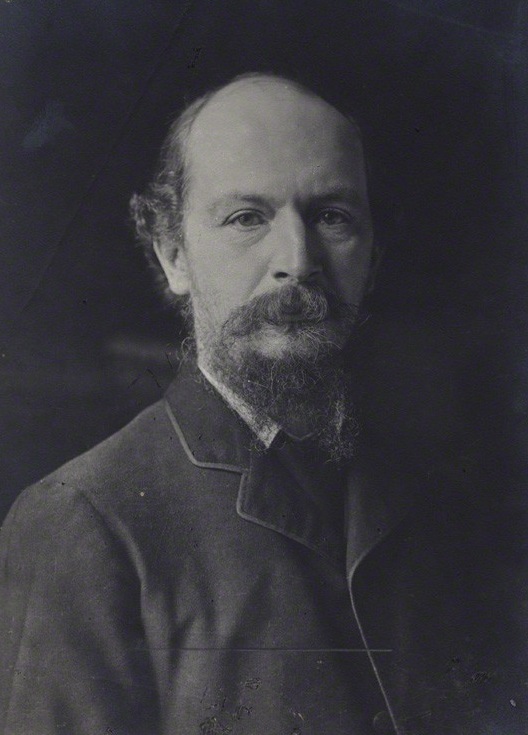 English lyric poet and critic; Crowley’s primary poetic influence. Viewed by many of his contemporary Victorians as blasphemous and depraved, Swinburne is now recognized as one of England’s greatest poets and critics, and as one of the greatest parodists of all time. His intoxicating poetry, whether in English, French, Latin or Greek, is characterized by aggressive alliteration, driving anapaestic rhythms, and a defiance of restraint and convention. His main themes are liberty, the relationship between pleasure and pain, and the psychology of sexual passion. He was pagan in his sympathies and fervently anti-theistic: “Thou hast conquered, O pale Galilean, the world has grown grey from thy breath” (from “Hymn to Proserpine”).

Swinburne was born into an aristocratic family. His father, being an officer in the British Navy, was frequently away from home, and his mother tended to be somewhat overprotective of her son. He seems to have had some sort of nervous disorder, possibly Tourette’s syndrome, which led to fits of trembling and outbursts of uncontrolled speech. He suffered through the demeaning discipline of Eton prior to proceeding to Oxford, where he met Dante Gabriel Rosetti and the Pre-Raphaelite Brotherhood, and helped to form a club of political radicals and religious skeptics. He left Oxford before taking a degree, and moved to London where he was supported by his father in his literary pursuits. He was befriended by Sir Richard Burton and became, for a time, his protegé. Unfortunately, Burton innocently introduced him to brandy. He nearly died in 1879 from alcoholism. He was rescued by his friend Walter Theodore Watts, who took him in and encouraged him to devote himself to his true will as a poet, which he did; subsequently publishing 27 volumes, beginning with The Heptologia, and gradually attaining great esteem.

“Till the slow sea rise and the sheer cliff crumble,
Till terrace and meadow the deep gulfs drink,
Till the strength of the waves of the high tides humble
The fields that lessen, the rocks that shrink,
Here now in his triumph where all things falter,
Stretched out on the spoils that his own hand spread,
As a god self-slain on his own strange altar,
Death lies dead.”
—from “A Forsaken Garden”

“His speech is a burning fire;
With his lips he travaileth;
In his heart is a blind desire,
In his eyes foreknowledge of death;
He weaves, and is clothed with derision;
Sows, and he shall not reap;
His life is a watch or a vision
Between a sleep and a sleep.”
—from “Atalanta in Calydon”

“Life is the lust of a lamp for the light
that is dark till the dawn of the day that we die.”
—rom “Nephelidia”